“Nicolas is an amazing musician.  His original compositions added a dramatic flair to our video production and helped to set the tone and pacing of the entire story.  I was especially impressed with Nicolas' work ethic, as he delivered multiple revisions on a very short time table until the songs were just right for our project.  Nicolas is also friendly and easy-going, making him a pleasure to work with."

I've worked as a freelance scorer on a number of projects, including the Oregon Health Information Security and Privacy Collaboration (HISPC) video “Sharing Health Information Nationwide. . .and Doing It Right,” which has been distributed nationally.  In scoring the background music for this important government project, I worked with Rory Banyard of Northshore Productions and Lindsey Grayzel of Goodwin Grayzel Productions (see testimonial). 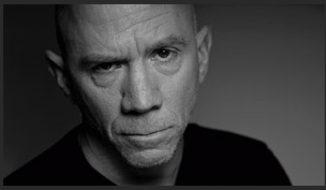 And on the lighter side, here's a series of satiric pieces produced and directed by Dustin Rush. Each of the pieces is scored individually, which gives you a fair sampling of my work.